Suicide. A real curveball. It was a topic I hadn’t thought too hard about until I was asked to shoot video for a suicide documentary — one that has since been titled “The S Word.” I remember my initial coffee meeting with Lisa Klein, the director of the film. She asked me if I would be comfortable working on a film about suicide. “Sure!” I said. Having just moved to Los Angeles from Michigan three months prior to pursue a career in filmmaking, I was eager to dip my toes in whatever metaphorical waters I could, and this project sounded important. 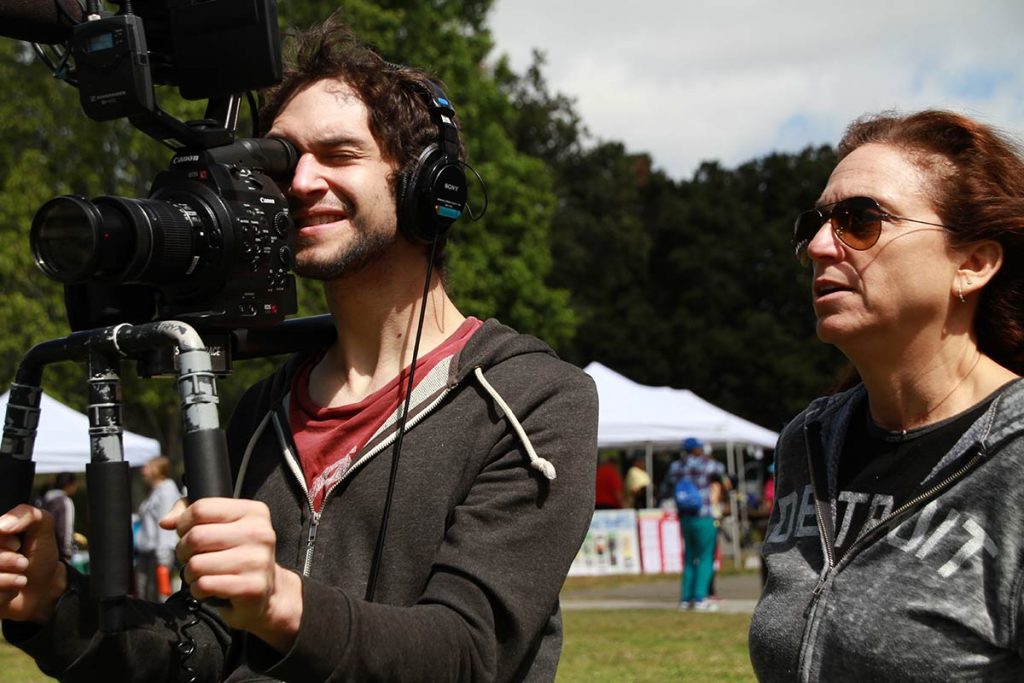 Josh with Director Lisa Klein filming for The S Word in Oakland, California, 2016.

We kicked our collaboration off in style at 2014’s annual American Association of Suicidology’s National Conference. I filmed panelist after panelist — attempt survivors, individuals who had lost loved ones to suicide, suicidologists, and medical professionals. My suicide information database quadrupled over the course of just a few hours. How had I not known more about this subject before? As the neurotic son of both a psychiatrist (Dad) and psychologist (Mom), mental illness had not exactly been a taboo for me. I was extremely comfortable talking about my own insecurities to those around me (sometimes to a fault — when I’d expressed my hesitance about filming this very conference due to “my lack of experience” to the director, her response was: “you’re not selling yourself very well”) so it was tough to imagine a world in which coming out as “suicidal” was the ultimate red flag. Unfortunately, this is the world in which we live. 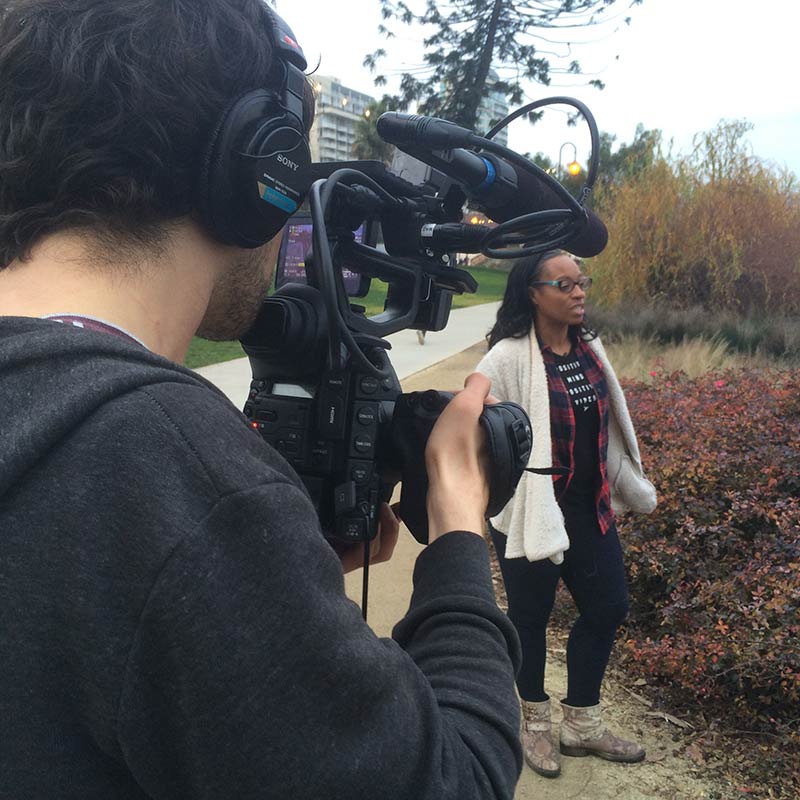 After days of filming, organizing footage, and collaborating with the director on a totally separate project, I was promoted from camera intern to lead editor of the film. I digested hour after hour of suicide intel. Stories of suicidal individuals who were so terrified to “come out” that they bottled it all up inside and ultimately unleashed this pent-up energy in the form of a suicide attempt. Stories of psychologists who are appalled at the lack of training and resources — on a national scale — to effectively deal with this illness. The fact that suicidality is an illness — a notion that had never occurred to me before working on this film, and that has truly changed my entire perception of the issue.

Partway through the making of this film, I lost my high school drama teacher to suicide. Micah Greene. He was one of my closest artistic companions. A truly free thinker. Someone who I would send literally anything that I made — whether it be a piece of writing or a short film — and know that he would understand it better than I did. I am still grappling with the fact that he is gone. In fact, writing this now, the reality of his absence is hitting me harder than ever before. He was such a loved individual. Everyone I had gone to high school with who had him as a teacher had cited him as one of their most influential educators and mentors. But even with all of this love and the lives he had touched, he still ultimately decided to leave us. I can only imagine the amount of psychological anguish he must have been in. He was such a selfless individual, and his decision to leave is one that I’m sure couldn’t have been easy. I don’t know much about his personal life, and for all I know he was extremely open with his friends and relatives about his suicidal thoughts — but it’s tough not to think back on our deep, existential conversations and wonder if this is something he’d kept a total secret. Something he felt like he couldn’t share with anyone. Something that could’ve been prevented if only he’d felt safe to discuss it.

Almost three years after having joined team “S Word,” we released the trailer for our film. I had never been prouder of anything I’d made in my entire life. It was a bite-size trinket of everything I’d learned from working on the movie — about both filmmaking and suicide — and I wanted to share it with the world. I remember scrolling through my contacts list and imagining people’s reactions as they watched it. My hungry fingers typed out email after email after Facebook message — family members, former teachers, friends, anyone who might click on the link and pass it on. As I approached the name “Micah Greene,” I felt downright giddy. Then I froze and remembered he was gone. It was as if I hadn’t even realized it before then. A lump lodged in my throat as it occurred to me that the person I was most excited to share this project with was no longer around.

Working on “The S Word” has been an unforgettable experience. I’ve gone from someone who was exceptionally naive in the suicide department (a category I now think a vast majority of our country falls into) to someone who constantly worries that all of his closest companions are harboring deep-seated suicidal tendencies (a category that mainly leads to a lot of anxiety, awkwardness, and in-the-moment relief once I’ve confronted people about it, only to learn that they’ve thought about it, but just “would never.”). It has been a journey. One of loss, epiphanies, and constantly having to explain to people that “this project isn’t depressing.” Because as horrifying a topic as suicide may be — few things in this world are less horrifying — it’s the fear to discuss it that is ultimately more lethal than anything else.