Self-Compassion and Teen Suicide: A Mother’s Quest to Break Barriers

Home/Stories/Self-Compassion and Teen Suicide: A Mother’s Quest to Break Barriers
Previous Next

Self-Compassion and Teen Suicide: A Mother’s Quest to Break Barriers

My son Benji reminds me of Lovejoy, the glowing green comet that visited earth a few years ago for the first time in 11,500 years. Both are beautiful and rare, other-worldly phenomena transiting my life.

Benji died by suicide on May 7, 2015, at age 15. I still struggle sometimes to believe this isn’t just a bad dream.

Benji was curious, bright, funny and creative. He identified as bisexual. In some ways he was mature beyond his years with an adult-like view of the world and ability to converse. But he was also more tender than he would ever let on, which sometimes got him into situations beyond his ability to manage.

He accomplished a lot in his short lifetime — as a writer and as someone who aspired to bring creativity into the world in the form of books, theater and music. I remember seeing him moving props on stage at our local theater company during an intermission, and he wouldn’t say hello to me because he didn’t want to break the fourth wall. I marveled at how he started a book blog when he was 11 and gained thousands of readers.

Benji could run a complex publicity campaign but struggled to get the garbage from the kitchen to the garage. He had trouble with being truthful. He could be insensitive to the feelings of others. He loved to challenge the status quo and rock the boat.

But like all mothers and their children, I loved him without reservation.

Benji died at home on a cool spring morning. 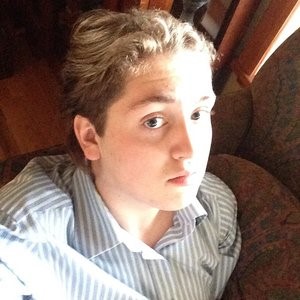 I had no inkling that this was coming. Shock, trauma and grief were overwhelming. The day Benji died and the weeks thereafter are a horrific blur for me. There’s really nothing that can be done to diminish that grief. It will be with me always. My 20-plus years as a meditator in a Buddhist tradition helped me continue breathing and probably saved my life.

Once I was out of the initial fog of Benji’s death, I was tortured by questions. How could I have missed that my child was in such distress? How did I not keep him safe and protect him?

I experienced the harshest of self judgment. I assumed the world blamed me for Benji’s death because I blamed myself. I thought back to my fixations on giving him organic baby food and toddler Spanish lessons and realized I, who clung deeply to the desire to be a good mother, had been exposed as a fraud.

I embarked on a quest for understanding. I became a detective in my own life. I gathered gossip and information about Benji. I talked to people who knew him — though teenagers are not the most forthcoming lot. I learned Benji had tried pot and probably had sex. Before he died, I would have flipped out about this, but in retrospect I was glad he experienced as much as he could.

I had a forensic analysis done on his computer. I tried to break into his phone unsuccessfully. I read through his email which was virtually empty because Snapchat rules. I pored over his toxicology report which showed not a trace of anything in his system.

What I learned did not give me any resolution. There was no neat explanation. There were many causes for Benji’s death and no single one. Except perhaps that ever since he was a toddler, he lacked emotional resilience and was a little too sensitive for this world.

I had missed things, and viewed from hindsight, I saw them as part of his slide. But at the time I saw them as adolescent turmoil — difficulties with a project he was involved in, with friends, and at school. I subsequently learned that more than half of people who die by suicide suffer from depression, so that likely was a cause that I missed.

I have many questions for Benji if and when I ever see him again, and some of the most persistent are: Did you know how loved you are? And did you know that I would have done anything to help you?

Benji worked hard to prevent me from seeing that he was struggling and needed my help. Why?

The conclusion I drew was that Benji did not ask for help because he could not. A somewhat fragile soul, he had built up self-protective walls. He was deeply invested in projecting to the world a facade that everything was great.

Our culture frowns on anything that smacks of weakness or failure. It’s not OK to be average or ordinary. This obsession with success and perfection is magnified many times over by social media. Since I didn’t come of age in the social media era, I don’t think I truly appreciated how influential it is. One big straw on Benji’s back was being unfriended on Facebook by some people.

So what would it have taken for Benji to be able to admit his struggles?

The answer is self-acceptance, and this is where self-compassion comes into play. To seek help, we must first acknowledge and accept the reality of what is happening: I’m struggling, I need help. To give voice to our suffering, we have to recognize it and admit it to ourselves. If I can’t accept that I am failing at something, I won’t be willing to share it with you.

After Benji’s death, it became clear to me that the path to less suffering and greater well-being for adolescents (and all of us) was through greater self-acceptance. I learned of the work that researchers Kristin Neff and Christopher Germer had done on mindful self-compassion. Their program was adapted into a teen-specific curriculum by Karen Bluth of University of North Carolina Chapel Hill and Lorraine Hobbs of University of California San Diego.

The teen program is called Making Friends with Yourself. I founded a nonprofit called The Benji Project with a mission of offering this program to adolescents in my area, where we have a much higher than average number of teens who report that they have seriously considered suicide. Since starting work in late 2016, The Benji Project has offered courses and workshops to teens and adults, including our first two sessions of Making Friends with Yourself this year. We are about to award scholarships to train local teachers in MFY.

Self-compassion has helped me heal. It is a powerful tool to relieve suffering and improve coping for teens. This work is my way of loving Benji and the world. I invite you to join me in helping teens treat themselves with greater kindness with the gift of self-compassion.