Did Somebody Lose Their Marbles?

Did Somebody Lose Their Marbles?

After shooting the film “The Crucible,” during which I had a manic episode, I returned to Los Angeles and had to find a new agent. I told him at my interview I had bipolar disorder. He said, “Oh, honey, I’ve had actors wander off sets for weeks on a binge. You are the least of my problems.”

Amazing. Could telling the truth be that simple? I changed my diet. I quit eating sugar and white flour and anything that might digest as a sugar… and I became calmer.

I had been writing about these manic episodes and all the recovery I had found around them when my friend Michael Patrick King, the creator of “Sex and the City” and who at the time ran the Arcade theater, said, “Why don’t you turn these stories into a one woman show?”

“Michael,” I said, “I’m too frightened. If everybody finds out I’m bipolar, I may never work again.”

“You just had an episode in front of 400 people. I think the cat is out of the bag.”

“Not really. The people on ‘The Crucible’ were told I had the flu.”

“And you think they bought that?”

“Michael, I’m afraid standing up and talking about these episodes might bring another one on.”

“Just take your meds and keep seeing your doctor.” 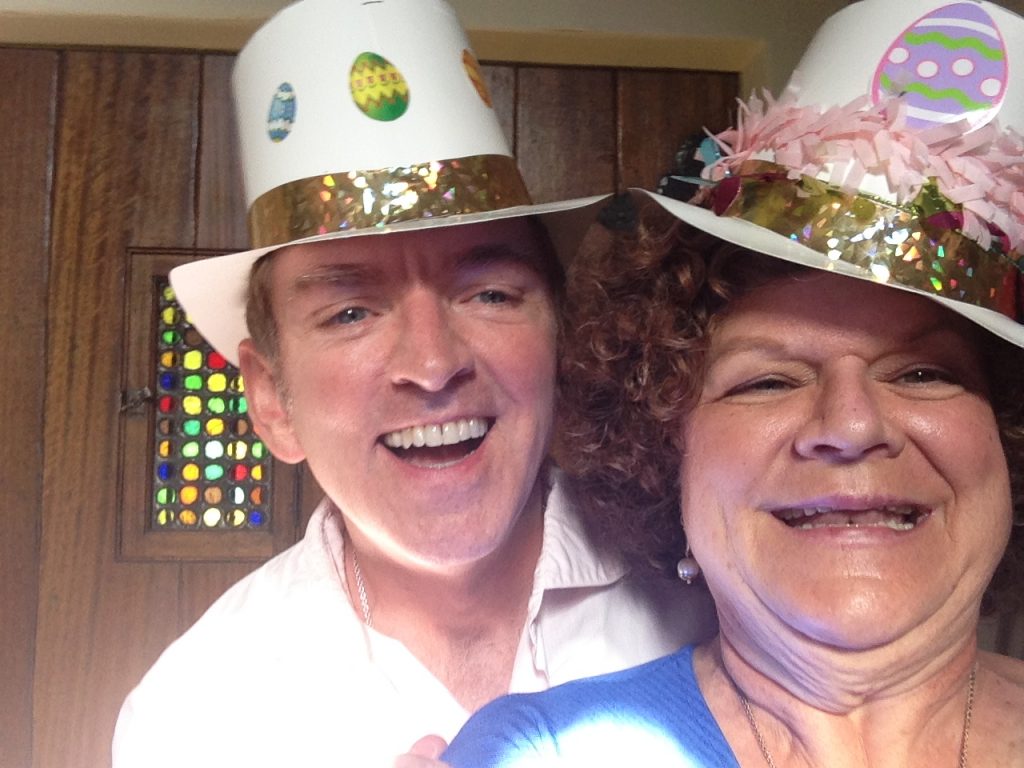 I swallowed my fear and Michael and I began rehearsing the show. We were only a few days into the process when my brother Jack called me and said his youngest daughter, Christy, had a bad fall on her roller blades and had cracked her head on the curb. He was calling from the hospital. Christy was slipping in and out of a coma. Jack asked that we all pray for her, but he didn’t want us to come.

Despite my terror about my niece, I went to Michael’s the next day to rehearse and the second he saw me he said, “What happened?”

I told him about Christy and he said, “I’m afraid this is too much pressure for you. Maybe we shouldn’t do this show?!”

“I’m afraid, too, Michael. But I think it’s important to tell people I don’t have ulcers or the flu. The only way I’m ever going to get some freedom is to tell the truth.”

Just two days before my first performance, I left my apartment to go to rehearsal and I was stopped by a rose bush in the courtyard, enthralled by it’s richness of color, complexity of design, the glint of light on the dew of its petals. It appeared to be breathing beauty. If I can’t handle a single rose petal, how am I going to handle L.A.?

Driving to rehearsal, I stopped at a traffic light and I saw Joan Allen helping Daniel-Day Lewis across the street, dressed as pilgrims.

I knew I was seeing things. Clearly I was between seconds again. I didn’t tell Michael about the visions. When I got home from rehearsal that night, I took a sleeping pill, but I didn’t sleep.

The next day, Michael and I continued to wrestle with the process of rewriting and rehearsing, but it was nearly impossible.

“I feel like you aren’t here,” Michael said. “You’re distracted!”

“Of course I am, Michael. I’m holding Christy’s hand.”

“What do you mean you’re holding her hand?!”

“My heart is in Atlanta with my brothers and his daughter while she struggles with this coma.”

So we continued to work.

That night, at home in my apartment, I couldn’t sleep. I was up worrying… feeling that my niece, Christy, was hooked up to me. That the blow to her head had somehow made her electromagnetically or psychically connected to me in my manic state. I believed she was trying to heal me. I felt when I was sane and relaxed, Christy was in the coma, and when I was hallucinating… Christy was out of her coma.

I didn’t know how to break that connection so I began to pray. My whole body heated up like a hot flash, only worse… more intense. It wouldn’t let up. I got into a cold shower. When I got out, the burning returned immediately. This continued for hours. That whole night was a trial of fire and water.

I came to in the shower. Two of my friends, Linda and Mary, had come over to take me to my psychiatrist’s appointment. When they couldn’t wake me, they put me in the shower.

I spent the opening night of my show in the locked psych ward of UCLA. The only person who showed up for that performance was Michael Patrick King. I saw him kind of winding his way down the hallway, holding a card in his hands, and he was saying, “This could be funny… or this could be awful.”

I opened the card and on it was a picture of beautiful marble cat’s eyes. Inside it read… “Did somebody lose their marbles?”

For a moment, I was shocked. Then we both laughed ‘til we cried.

With that card, Michael lifted the shame of my attempted suicide. With our shared laughter he set me free again.

A year later, my niece Christy was fully recovered.

I faced my fear and shame, my family’s fear, the medical community’s concern; and successfully performed this show.

You can’t heal what hides in shame in the dark. It must be drawn into the light. I believe your wound is your gift. I believe bipolar disease is my gift. But I have to see it that way. Otherwise your wound is just a wound. If we remove the shame around mental illness, if we can speak of it in public without fear of being punished, perhaps we have a chance of finding a cure.

Thank you all for your attention and your light! 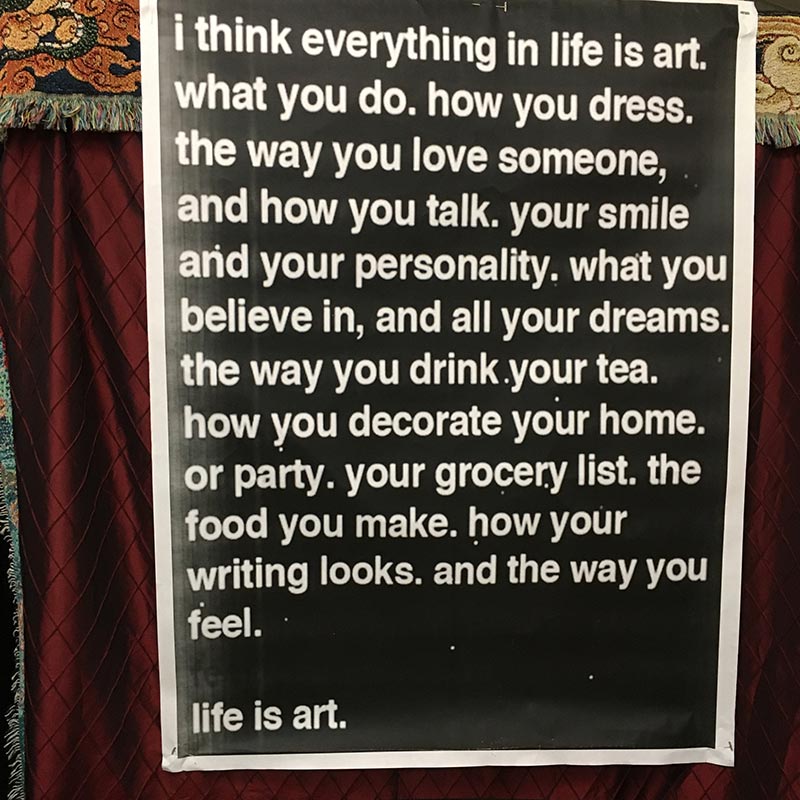