Any time there is a forum for people to talk about their shared experiences – that’s a good thing. Sometimes we just want to be around people who get it – it’s comforting. Having a day set aside to honor or memorialize people who have died by suicide or loved somebody who has, is a way to bring people together – because often times it is our pain that connects us. Just look at half the country right now – reaching out to one another to cry, to scream, to exclaim outrage and fear – to just look for a hand to hold. We all need that sometimes. For sure.

In the Jewish religion, we all get together and sit shiva after a death – we cry – we eat – we mourn – we eat some more – we talk about the person – we cry some more – and we eat again. For my family, death by suicide was different. The crying and mourning were there. The talking was not. The eating was not. The people around us were silent – not because they were quiet people – they weren’t. They just didn’t know what to say. Suicide – at its most basic – is still a death. My brother died by suicide, but ultimately, the result is the same. I will never see him again. And my father…discovering that my father took his own life – he was more than dead – we thought he chose to leave us. We believed that we did something to cause him to want to die. And, all these years and therapy bills later, I have to believe that we gave him the will to live for as long as he did – until he could not do it anymore. There is a big difference between could not and would not. That’s a difference that I don’t pretend to understand, but I do know that there is a weird perception that the person brought it on themselves. They just got up one day and decided to die. Or they were mentally ill, and couldn’t function in society anyway. Whatever the perceptions are, they need to change. Now.

We, as a society, need to take collective responsibility for the outrageous number of suicides that continue to increase year after year.

So, as comforting as being around people who get it is – we need to reach across the divide and talk about suicide to people who don’t get it. People who haven’t been there – who haven’t walked the edge between life and death. Or haven’t known anybody who has. And, when we’re ready, we can talk about our person(s) – not exclusively about their deaths, but about their lives as well. And people who have been on that edge and have lived to tell about it, they can also share their experiences about what it feels like to want to die – or to not spend another day in the deep emotional pain that has driven them to that point. They have been labeled attempt survivors because they have survived a suicide attempt. We need to hear their voices of lived experience. We need to know what led them to that edge and – what’s even more important – what brought them back. Those stories can save lives. 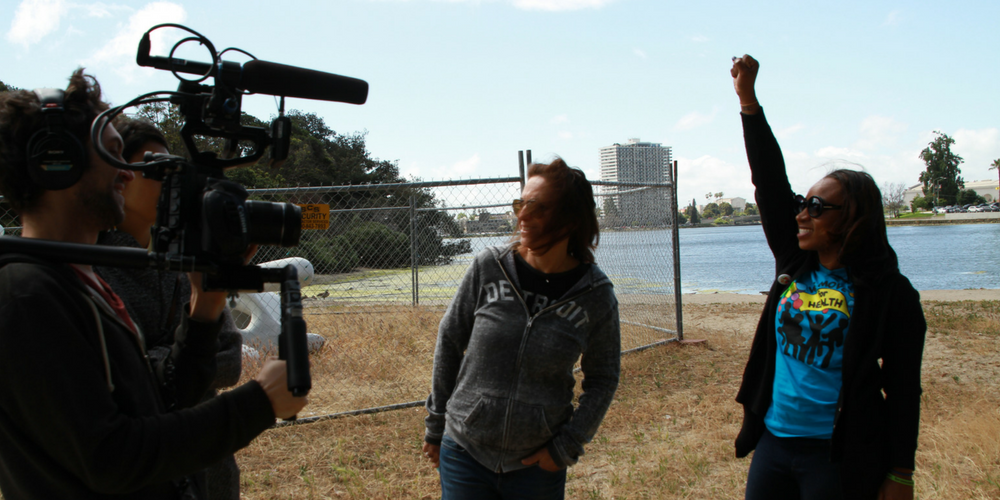 “Survivor” means many things, and losing somebody to suicide adds a few more stages to the Five Stages of Grief. Guilt. Shame. What did I miss? Why didn’t I have the chance to say goodbye? And those stages are not confined to days or weeks or months. They are not chronological. For me, I think about my dad and my brother a lot. As I continue to work on our documentary about suicide, clearly that evokes memories and moments and questions – pretty much every day. So, obviously none of us need a designated date to remind us of our grief, but if it gives us an excuse to gather, talk, listen, swap stories – then I’m down. As long as we keep the conversation flowing and create a society where people don’t get to that edge – because once they are there it’s a hell of a lot harder to get them back. And one way to do this is to stop the silence that is so pervasive around suicide.

As with any day that honors or memorializes, it is a symbol – a wake-up call that we need to pay attention to. What we can’t do is only surface on these special days or weeks or months. We need to stay vigilant, and listen to those who need to talk and grieve and cry about their loved one – or themselves. We can’t turn away the next day. Or the day after that. Or the day after that…

About the Author: Lisa Klein

Lisa co-directed OF TWO MINDS (2012), a journey into the lives of remarkable people living, struggling, and triumphing with bipolar disorder. OTM won a SAMHSA VOICE Award and an EIC Prism Award… the most significant awards for a mental health documentary, and has been seen by sold-out audiences at screenings across the country, as well as becoming a top documentary on Netflix. Lisa co-owns MadPix, Inc., an independent production company in Los Angeles, with her husband Doug Blush.