Finding Life After Death: The Day I Died Didn’t Take Away My Pain

Home/Stories, Suicide Prevention, Surviving Suicide/Finding Life After Death: The Day I Died Didn’t Take Away My Pain
Previous Next

Finding Life After Death: The Day I Died Didn’t Take Away My Pain

Writing this is hard because even though I’ve spoken about my personal struggles in public and on video those are distant memories. Almost 18 years since my last attempt and 17 years since my last mental health break and hospitalization. I wonder will I lose business opportunities because this attempt is so fresh? How will people look at me now? Should Iden be sitting on this committee, or speak at this event… he may be too fragile.

The days and weeks leading up to my death were a flurry of activity, sleepless nights and loneliness. I was busy cleaning, saying goodbye, writing letters, and taking care of personal business. Being lonely was the worst part. I had to make sure I didn’t talk to anyone for fear of sounding depressed. I was busier the last two days of my life than I had been in weeks.

I was in pain, emotional turmoil, and I felt worthless and useless as a human being. Unloved and uncared for. It took five years for my life to slowly spiral out of control, for me to become a shell of the person I had become after years of healing from childhood abuse, surviving the foster care system, juvenile justice system, and the mental health system.

A series of deaths that I tried to work through with several therapists, mentors, and peers brought back all of the self-esteem issues and self-loathing that I suffered through as a young queer kid growing up in the system, and between two parents who didn’t understand me.

2011 was one tragedy after the other on a business and personal level. I was working a contract for a government agency that had become increasingly hostile and severely late with payments. By March of 2011, the space my organization was leasing was three months late on our rent payment, our utility bills were on payment plans, and I was paying staff salaries from my personal savings and from a line of credit I was fortunate to be able to get.

With the help of our property manager, I was finally able to get the late payments due us by April, only to be put into the same predicament again in June. I had to lay off staff temporarily and run the business by myself until I received the late payments. In late June a person, I admired and had agreed to have as my business mentor suddenly passed away from a heart attack. Within a month our beloved intern LaSahay was murdered because she was a transgender woman. And by September the woman I thought I was going to spend the rest of my life with died by suicide.

The moment I learned of R’s death, if I could have, I would have ripped my body apart. At that moment the pain was so raw, I was so completely stunned I was paralyzed with indecisiveness and my life was spared.

I vividly remember that in the two weeks leading up to September 5th, DC had had an earthquake and our office space experienced minor damage. The rain was non-stop. It seemed the city would float away. However, I was in heaven; I love rain, thunder, and lighting. The night I learned of R’s death I was sitting in my truck watching and listening to the rain — something I love to do — when a close friend of R’s called to let me know she had died by suicide. I remember calling my mentor Christy for support. I remember pulling up to my apartment in a daze. I walked in the rain for a while. Finally making it into the house, I sat in the shower for what seemed like hours. There is an old saying that ‘time heals all wounds.’ I want to know how much time is sufficient to heal a wound?

I decided on the day R was lowered into the ground that I would follow her. It wasn’t a loud proclamation; it was a low guttural internal vow. No plan, just an internal ‘to do.’ What followed was a slow and painful loss of spirit. I pretended to be living, walking in a daze, not remembering one day from the other. I don’t remember much that has happened in my life since September 5, 2011. I remember certain things that stand out because of the pain that was associated with the event.

I spent the next two years at R’s grave every weekend, driving from DC to NC every Friday and staying through Monday afternoon. Sometimes sleeping there overnight. Most of the days I sat beside her grave silently wishing and willing her to come back in the flesh. I’m still angry, I still miss her, and I wish every day to see her walking up the driveway with her beautiful wide smile to hold me in her arms, if only for a moment. I’m fucking angry that I will never experience that again in this lifetime. 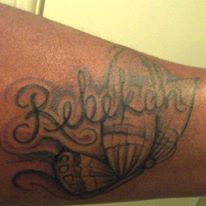 I’ve lost and gained a lot over the last few years. My brain seemed to have abandoned me, gone into hiding. I became angry, with outbursts at work and in public. I was forced to drop out of school because I couldn’t perform academically. I sat in class feeling like the dumb kid I was told I was growing up. Where I was — once the one leading class discussions, I became silent and sat in the back of the class or forgot altogether to attend class. One professor was so concerned she contacted my advisor requesting a meeting to help me get back on track. Most painfully, I lost my love of reading. I was an avid reader moving through three to four books a month. I haven’t read a book in 5 years. The trauma of three deaths within months of each other literally made me lose my mind.

I sit here wondering how September 5th will look. Most of all can I tackle the fear I feel inside, the pain and emptiness. The heavy burden of loss and knowing that another year has gone by, and that willing R to walk up my driveway is never going to make it happen. I wonder… will I be 85 with this small hole whistling in my heart? Will I always miss her? But most of all; will I ever have the capacity to love again?

Sometimes I dream of what my life would be like if R were here today. Of course, it’s filled with happiness and extreme joy. I try to forget that we had an argument the last week of July, with her telling me not to call again, I try to forget that the last few weeks our conversations had centered on the trauma she had experienced in her life. And the extreme pain I felt because I knew I could not make it go away.

I wanted her to stay. I know about suicide, I know why people die; I know why people kill themselves. I’ve wanted to die most of my life. One of my earliest memories is my first attempt at 8 years old. The day I died, I survived.

As I lay on the bathroom floor going in and out of consciousness I felt R walking through the house, I felt her stand at the bathroom door looking at me weeping. I felt her wanting me to know that it’s not my time. It seemed like time stood still. The visions and the whispers were a constant for seven hours as I lay on the floor. The sadness was immense but the love agape.

My front door was wide open for several hours as if waiting for a friend to come and find me on the floor. Two friends came to help get me off the floor, the kind EMT asking me if I was transgender and what are my preferred pronouns. The friend who is an inside thinker like me driving at midnight and 4 1⁄2 hours away to be with me. The friend from Seattle telling me she loves me across the country and at my bedside the next day. The friend who cried over the phone asking where are you and driving 4 1⁄2 hours through rush hour traffic in Northern Virginia to be with me, the friend who sent me a UT blanket to snuggle with and the friend who took me into her home after discharge. And to my kind and sweet friend who wrote a blog about connection and being kind to one another, and my Facebook A-Team, I love you.

“Poem written by Dr. Bart Andrews, part of my Facebook A-team while I was in the hospital.” 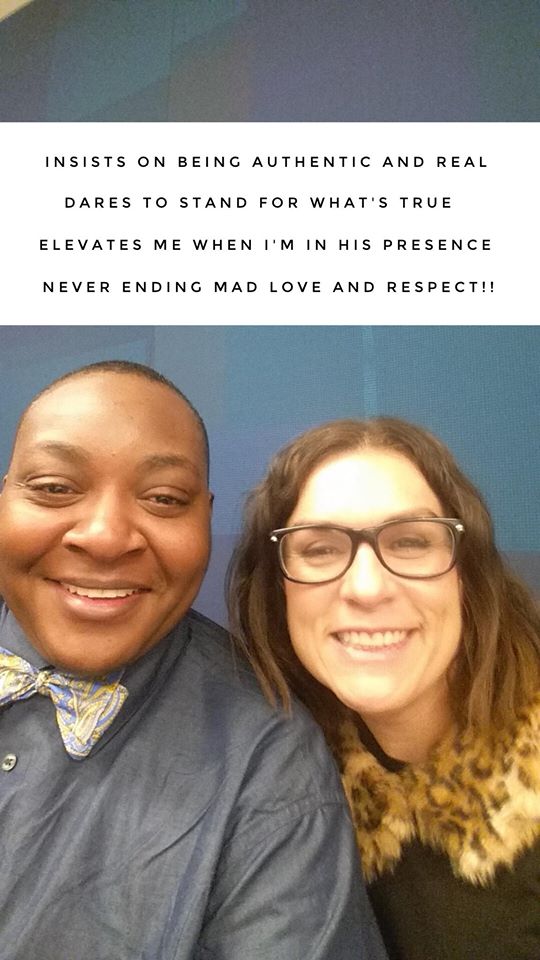 Author of this piece, Iden Campbell, pictured with friend and fellow advocate/activist Leah Harris (previously featured in the #SWordStories). “Leah wrote this for me while I was in the hospital. The first alphabet of each line spells out my name.”

These last few months have been challenging. Learning to live in my house again, learning to trust my body again to heal and carry me on this journey. Living with the physical pain and emotional aftermath of a suicide attempt has been challenging, almost as challenging as the past five years being a loss survivor. My spirit now walks outside of my body at night, in a sense watching over me. It’s unnerving and comforting at the same time. By morning we are one again.

The fear I experienced writing this feels valid, as I have heard stories of folks losing jobs, friends and loved ones because of their attempts. Suicide is still a silent killer; the isolation, loneliness, and depression made it easy for me to only connect by phone, then only by text, then only social media, and then nothing. My actions leading up to my attempt didn’t surprise me, as they were familiar. What did surprise me was the handful of people who stopped contacting me. It seemed like they gave up on me.

Sometimes we have to go the distance with each other. Stopping short of the finish line is a disservice to all who are running the mile. I don’t have lots of people I’m close to; I can count on one hand the folks I have a true-life connection to. I am forgiving to myself wh