For two years, I start just about every weekly Suicide Prevention Social Media Chat (#SPSM) livestream with those words.

Those words weren’t intentional. It’s just how things turned out. If you want to do a regular social media event about a topic that everyone says no one wants to talk about, I guess its very nature will be unconventional.

If there is one thing I’ve learned while producing #SPSM chat, it’s that people DO want to talk about suicide — every aspect about suicide that you can imagine, and, how to stop suicide from happening to the people in our communities ever again. Suicide is a leading cause of death everywhere in the world, and not talking about it has been killing people we love. 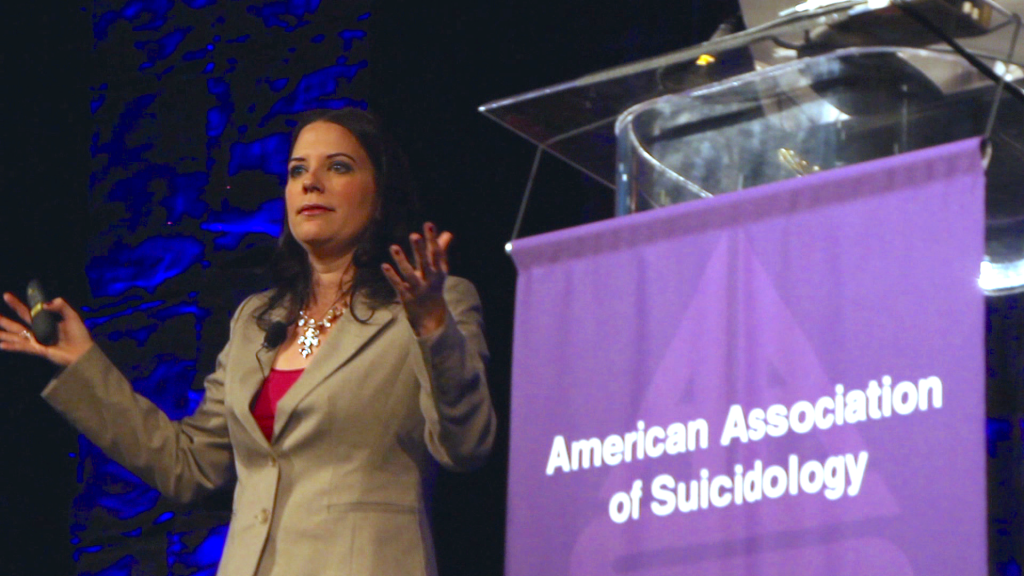 Until a few years ago (I think of time as either “pre-#spsm” or “post-spsm”), there were a lot of us in suicide prevention talking to ourselves — “preaching to the choir” as it were. A whole lot of other people were discussing the “S” word in hushed conversations, if they were even allowed to talk about it at all.

As pioneers at the intersection of media and mental health, director Lisa Klein realized that the “S” word, suicide, was a conversation that could be moved to center stage. A movie like this wasn’t going to just happen. It required someone with Klein’s vision to give the conversation a nudge, to draw out the experts, the people with lived experience of suicide attempt, suicide loss survivors…to help us all tell our stories.

To give everyone a language and an opportunity to bring suicide out of the shame closet, and into a bigger public forum.

About the Author: Dr. April Foreman

April C. Foreman, Ph.D., is a Licensed Psychologist serving Veterans as Suicide Prevention Coordinator for Southeast Louisiana Veterans Health Care System. She is a founder and moderator of the first sponsored regular mental health chat on Twitter, the weekly Suicide Prevention Social Media chat (#SPSM, sponsored by the American Association of Suicidology, AAS). April dreams to use her unique skills and vision to build a mental health system effectively and elegantly designed to serve the people who need it.