I joined 1 of the 6 children’s response teams in the country and was floored at how inhumane I felt the “standardized” response we (society) continue to deploy.

There is no intermediate response, so I wanted to empower everyone with the same skill that professionals have so they can be organically created. The impact of suicide drove me to create the Suicide Prevention App.

I have PTSD and have suffered several TBI’s (traumatic brain injuries). So I have learned to live in the grey, expect nothing, and give everything. 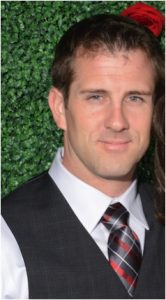 I don’t have a traditional emotional response that most people expect, and in fact, I truly think my response to suicide mirrors what so many will actually experience; lock it up and move past — I just get there much faster than most. Some take years and some never get there.

However, as a society we are indoctrinated in the need to grieve, but that “grieving process” looks and feels different for us all. For me, I “grieve” – if you want to call it that – by waking up everyday knowing I’m not gonna sit around and wait for answers, but instead I am going to do something about it by doing all I can to help others.

I can’t tell someone how they should feel or respond, because we all need to learn our own responses to loss. Much of how we are raised and what we prescribe to in a social context largely determines our reactions. I chose to become less reactive, and my immoderate response to “loss” is to be proactive. I instantly jump 100ft  in front of the problem and think, “what went wrong, what is there to learn, how do we change the trajectory, and how do we prevent this from happening again?”

Loss sucks. Plain and simple. But for my own mental health, I can’t stay trapped in the past because no matter how hard I try…that time is spent and gone forever. All I can do is look ahead.

I don’t attend funerals because I feel they socially encourage us to feel regret and pain…I instead honor the lost by living and finding hope in knowing I will somehow alleviate that “loss” from someone else by taking a stance and doing something about it. 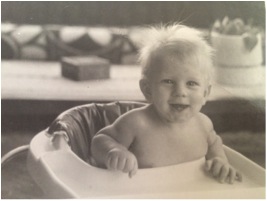 I have dealt with suicidal thoughts for over 20 years (PTSD and TBI aren’t very supportive of these thoughts), but I get by. When I was lost in these emotions, it was like driving a car always staring in the rear view mirror; I couldn’t seem to look ahead and be focused about what is coming up because I was always lost in the past. Learning to let go is difficult, but once I mastered it, it became easier on my soul.

I like to say fuck, shit, and damn, a lot. Simply because it’s still a taboo in society, and it brings attention to the reality that “life” isn’t like tv and social media portray it…life is real, raw and in your face.

About the Author: Christopher Munch