MECCA (Multi-Ethnic Collaborative of Community Agencies), in collaboration with the Be Well OC Suicide Prevention initiative, hosted a screening of THE S WORD on Saturday, January 17 in Orange County, CA. MECCA, a collective impact coalition working to eliminate ethnic and racial disparities and improve the quality of life for underserved multi-ethnic communities, sought to bring the film to a more diverse audience and open up the conversation around the subject of suicide. Our very own Kelechi Ubozoh participated in the post-screening panel discussion. She and other panel members shared their perspectives on suicide prevention through the lens of communities of color, as well as their own personal journeys. As a result of this discussion, silence was broken and walls were torn down. Stay tuned for details on several more screenings of THE S WORD being planned for later this year. 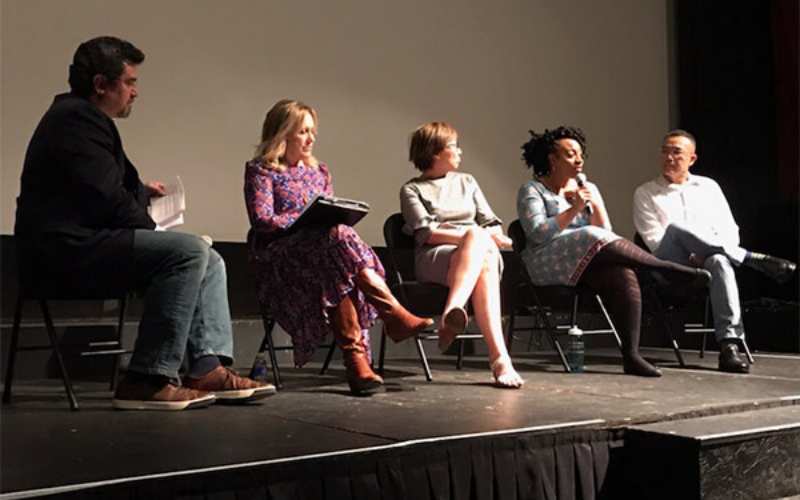 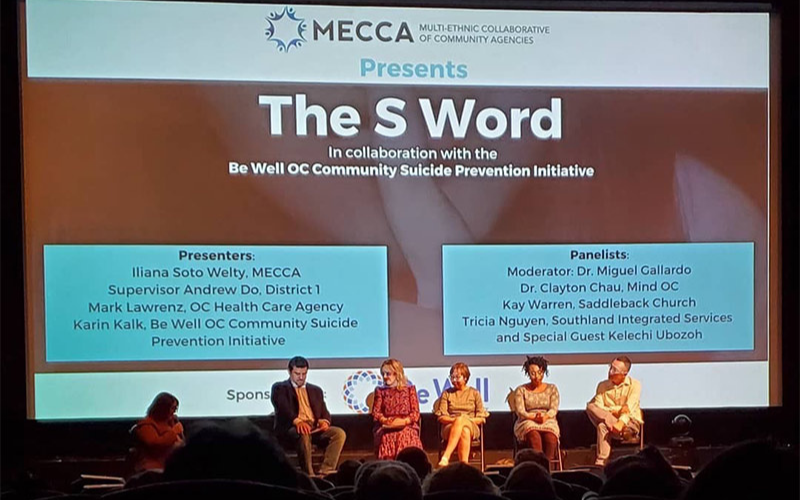